A diet combining an oral ketone precursor — a molecule being studied as a dietary supplement — and a cocktail of natural antioxidant molecules boosts the efficacy of enzyme replacement therapy (ERT) at maintaining muscle strength and motor function in a mouse model of Pompe disease, a study shows.

These benefits were associated with improvements in muscle cells’ autophagy and oxidative stress — two cellular processes implicated in Pompe.

A ketogenic diet — one low in carbohydrates and high in fat that form an alternative energy source called ketones — did not provide the same molecular or functional benefits as diets containing the ketone precursor.

These findings suggest that the ketone precursor may be superior to a ketogenic diet at improving ERT efficacy and that combining it with an antioxidant cocktail may provide even greater benefits in terms of muscle health.

Still, more studies are needed to assess the safety and tolerability of long-term consumption of ketone precursor supplements in patients, the researchers noted.

The study, “Nutritional co-therapy with 1,3-butanediol and multi-ingredient antioxidants enhances autophagic clearance in Pompe disease,” was published in the journal Molecular Genetics and Metabolism.

Pompe disease is caused by mutations in the GAA gene, resulting in low-to-no levels of functional acid alpha-glucosidase (GAA), an enzyme that breaks down a large sugar molecule called glycogen into glucose — the body’s go-to energy source.

Autophagy is a process by which the cells clean out damaged or unnecessary components, while mitochondria are the cells’ powerhouses, using glucose, fatty molecules, and, in certain circumstances, ketone bodies to produce energy.

Oxidative stress is a type of cellular damage resulting from an imbalance between the production of potentially harmful oxidant molecules (mainly derived from mitochondria’s function) and the cells’ ability to clear them with antioxidants.

Autophagy is a major cellular defense against oxidative stress and toxic accumulation of molecules, such as glycogen.

ERT, the standard and only approved treatment approach for Pompe disease, delivers a lab-made version of GAA directly to a patient’s bloodstream to prevent further damage. However, its efficacy can vary between patients and is not the same in all tissues, with certain skeletal muscle fibers called fast-twitch being particularly resistant.

In order to reduce glucose intake and subsequent accumulation of glycogen (the stored form of glucose), some Pompe patients adopt low-carb diets, such as the low-carb/high-protein diet, and the ketogenic, or keto, diet.

Notably, a low-carb/high-protein diet, when combined with exercise therapy, was shown previously to improve exercise tolerance, lung function, and quality of life in late-onset Pompe disease patients on ERT.

The keto diet is a type of low-carb/high-fat diet with limited protein intake that promotes the production of fat-derived molecules called ketones, or ketone bodies, in the liver to serve as an energy source when glucose is not readily available.

Increasing evidence suggests that ketone bodies also may have beneficial effects on autophagy, oxidative stress, mitochondrial function, and inflammation. However, the keto diet is typically difficult to maintain and preclinical research suggests that stricter keto diet forms may actually have negative effects on skeletal muscle health.

Supplementation with ketones or ketone precursors, therefore, may provide all the benefits of the keto diet without maintenance-associated practical difficulties or potential negative effects.

Now, a team of researchers at McMaster University, in Canada, along with a colleague in the U.S., evaluated the effects of several diets, in combination with ERT, on skeletal muscle health in a mouse model of Pompe disease.

Results showed that both the keto diet and the ketone precursor resulted in ketosis, the metabolic state in which the body uses ketones rather than glucose as its main fuel source.

However, adding 1,3-butanediol to ERT was superior to ERT alone and ERT plus keto diet at preserving muscle strength and motor function. This was associated with significantly increased autophagy and reduced oxidative stress in fast-twitch skeletal muscle fibers.

Notably, the benefits of 1,3-butanediol were further increased when combined with the multi-ingredient antioxidant cocktail, and this combined diet also resulted in a normalization of mitochondrial protein levels.

These findings suggest that “nutritional co-therapy with 1,3-butanediol and multi-ingredient antioxidants may provide an alternative to ketogenic diets for inducing ketosis and enhancing [autophagy] in PD [Pompe disease] patients,” the researchers wrote.

In addition, the data highlight autophagy impairment as a “moderate-to-strong predictor of muscle functional impairment in PD, stressing the importance of adjunctive treatments that target autophagic blockage, specifically, to improve activities of daily living and reduce the overall burden of illness,” the team added.

“A multi-ingredient approach is likely necessary to target all facets of muscle wasting in Pompe disease and to observe clinical benefits,” the researchers wrote.

While next generation ketone precursors have been shown to be tolerated in healthy adults, “the feasibility and benefits of long-term supplementation need to be confirmed in patients,” the researchers wrote.

The safety and efficacy profiles are, conversely, more established for antioxidant combinations and other protein-based supplementation, and may “therefore be recommended for clinical use,” they added. 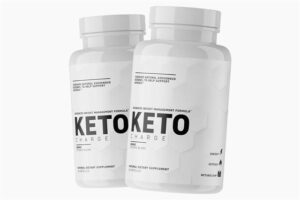 The Complete Guide to Buying Keto Snacks: Everything to Know – News Channel Nebraska 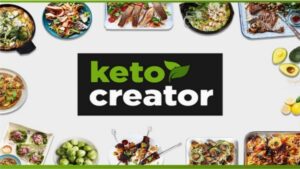 We are a fun site that loves to talk about everything in the ketogenic journey.

You may have missed

The Complete Guide to Buying Keto Snacks: Everything to Know – News Channel Nebraska 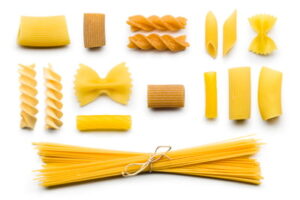